On December 26, 1910, the young aviator Archibald Hoxsey took to the sky above Dominguez airfield located in present-day Carson, California. He joined the Wright brothers’ exhibition team the previous fall and had reached aerial fame with fellow pilot Ralph Johnson. Together, they were known as the Heavenly Twins. That day, Hoxsey broke the world’s altitude record, reaching 11,474 feet with a crowd of 75,000 cheering him on.

Five days later, in an attempt to break his own record, he got caught in some crosswinds from a nearby storm and plummeted over 500 feet to his death, He was only 26 years old. His team member Johnson had died a month earlier at the age of 24.

Their story is similar to that of famous pilot and Los Angeles resident Amelia Earhart. After setting many records, including being the first woman to fly solo across the Atlantic Ocean, and becoming the first president of an international organization to support female pilots, she disappeared in 1937 during a flight to circumnavigate the world, never to be seen or heard from again.

Triumphs and failures like these have been woven into Southern California’s aerospace industry since the beginning. From production and employment spikes during war times to mass job and economic losses after they ended. 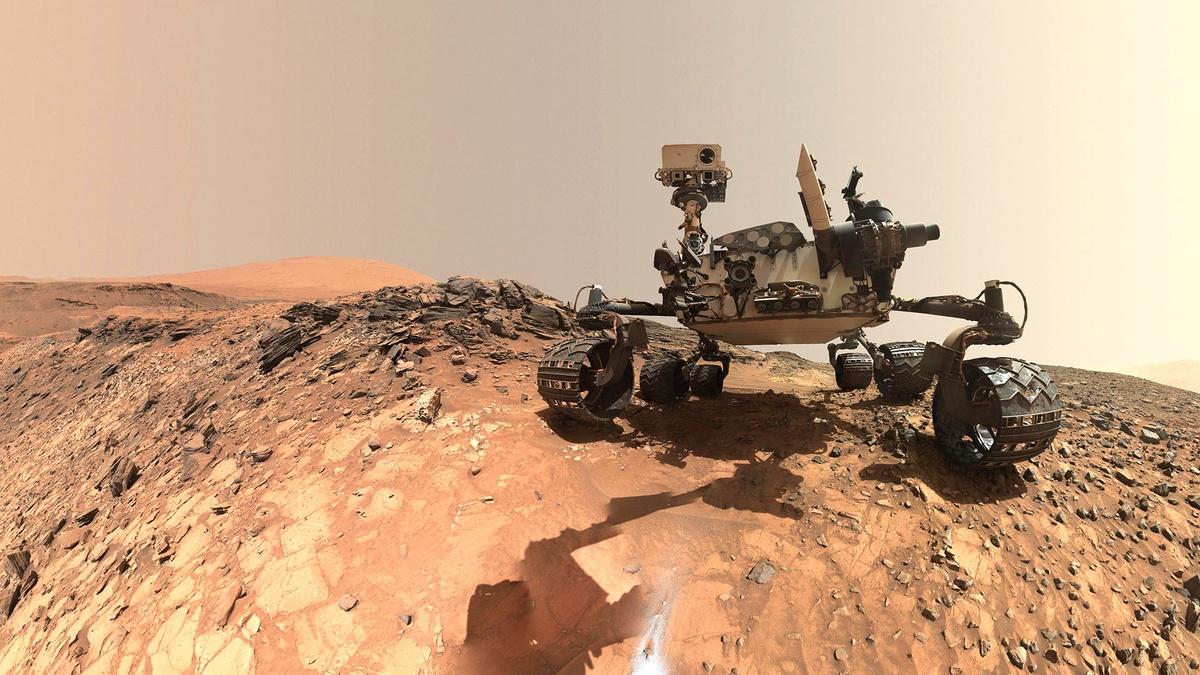 “Aerospace is a boom and bust industry. It goes through cycles,” said Bonnie Triezenberg, a professor at Loyola Marymount University in Los Angeles who has worked in the local aerospace industry for nearly 40 years. Like others, she has watched aerospace companies open with success only to later permanently close their doors.

But the risk-taking attitude and forward-thinking culture of the region continues to pull them into this historic region.

The event jumpstarted the development of the aerospace industry in the area, and the Los Angeles basin was the perfect location — from the great weather allowing for testing year-round to the open landscape at the time ideal for airfields.

But it wasn’t just the environment that attracted the industry. The region was well-known for investing in its local universities, such as Caltech and UCLA, which provided a talented labor pool, research and testing facilities. In turn, the industry influenced schools’ curriculum and the design of their campuses.

Los Angeles was also notable for its open-shop rules for labor, which helped hinder the formation of unions,as well as a culture of entrepreneurialism and civic boosterism, which was responsible for organizing the air meet.

The following years were a time of rapid growth and great success for companies in the area.

By the late ‘20s, the commercial aircraft sector had taken off after Lindbergh’s transatlantic flight, and it led to an influx of investments. In 1928, over 20 airframe and aircraft engine manufacturers were located in Southern California. In addition, Los Angeles was using airplanes for mass transit, opening 53 landing fields within 30 miles of L.A.’s City Hall. One of which, Mines Field, is now current day LAX.

Even though after the Great Depression, the budding commercial airline industry took a big hit, the defense industry skyrocketed with the onset of World War II and then the Cold War, further fueling the industry.

Between 1920 and 1960, the population of the area quadrupled. Over this time, hundreds of thousands of southerners came to Los Angeles to work in aircraft plants and women joined the wartime effort. They made everything from stealth aircraft to bombers, to missiles, to spy satellites and more.

During World War II alone, the Los Angeles area contained around two million aerospace employees and produced about 300,000 airplanes. Aircraft manufacturing was the largest industry in the world, and it centered around Southern California.

And despite downfalls after World War II ended, and again after the end of the Apollo program, the ‘80s were another time of growth. Over this period, Southern California was home to one-third of the country’s aerospace engineers, employing nearly a half a million people.

“The whole Southern California defense industry was booming in the early ‘80s. There was plenty of opportunity,” said Jeffery Puschell, principal engineer fellow at Raytheon. He was working at the University of California in San Diego (UCSD) at the time and chose to forgo academia in favor of the active industry.

However, after the Cold War ended in 1991, work on both the commercial and government sides dried up, and thousands of people lost their jobs as aerospace companies packed up and moved to D.C. or consolidated. In just five years, over two dozen major aerospace firms merged into three: Boeing-McDonnell Douglas, Lockheed Martin and Raytheon-Hughes.

“In about ‘93, the bottom fell out of the entire California aerospace economy,” said Triezenberg. “We tanked. And it tanked the California real estate market here in L.A. It was bad.”

But now again, we are seeing an upturn as the industry continues to ebb and flow.

“For me, this is probably the most exciting time in my career as a space person,” said Puschell. “We’re truly reinventing space. There’s a large commercial segment that’s being developed here with Space X and Virgin Galactic, and Southern California is still the center for all of that. Certainly, there are things going on elsewhere in the country, but I think this is still the place to be for space developments.”

Overall, in 2014, employment in the private sector reached 85,000, and when government and public sectors are included, employment exceeded 100,000. The industry also continues to make contributions to the regional economy, spending $11.1 billion on local goods and services and adding $30.1 billion in value to the Southern California region.

“In the past decade, there actually has been a resurgence in investments and in programs that for which Southern California companies are major contributors,” said Ann Karagozian, professor at the University of California in Los Angeles (UCLA) and director of the Collaborative Center for Aerospace Studies.

Having grown up in Los Angeles and attended local universities UCLA and Caltech, she has watched how the industry reemerges and impacts the surrounding region. Its growth and evolution have always been closely tied to the culture, politics, and geography of Southern California. As such, it has had a great influence on the area.

In many ways, the industry shaped the region quite literally, in both positive and negative ways. The once-agricultural landscape turned industrial and suburban as the airfields became surrounded by aircraft plants and employee housing developments. Location had become such a prime consideration that even the sacred land of Indigenous American tribes in the region, such as the Chumash, became used for Air Force bases and test ranges, despite their protests.

The environment also felt the industry’s benefits and burdens. Concerns of flooding and demand for electricity led to a push for flood control projects in the L.A. basin and the development of hydroelectric plants. While air and groundwater pollution from rocket fuel and heavy metals have caused disease and even deaths, leading to lawsuits and remediation efforts.

The makeup of the industry’s workforce, which at first was predominantly well-off Easterners and middle-class Midwesterners, both reflected and reinforced the conservative politics of the area. In addition, the local military bases and government work called for secrecy, which further strengthened conservative ideals by limiting oversight, collaboration and peer review.

The influences of the aerospace industry in Southern California can also be seen in some of the area’s architecture, which utilizes open space concepts, steel and glass materials and lush landscaping. Its technologies have also been used by some of the region’s other claims to fame, such as the infrared sensors used for astronomy, the exhaust manifolds used in hot-rod cars, the aerodynamic design of surfboards and the computer-generated animation used in Hollywood films and TV.

Karagozian believes that this synergy of technology between industries is something to look forward to in the future as developments in other fields are having a big influence on aerospace, from autonomous vehicles to virtual reality.

“All of these industries that are burgeoning nationwide and also in many parts of Southern California have a direct impact in the aerospace industry. And young people are learning these new methods and techniques in their engineering education, and they’re enthusiastic about applying them in many different fields, including aerospace,” she said.

Since the aerospace industry took off in Southern California over a century ago, the region has seen the rise of another hub of innovation. Silicon Beach stretches along the coast from Santa Monica to Hermosa Beach. It’s home to over 500 tech startups, which raised $4.2 billion in 2016.

In addition, the area has some of the top aerospace engineering collegiate programs, particularly for graduate studies. As Puschell puts it, “the talent is here.”

But where Puschell sees near certainty of a prosperous future, Triezenberg sees merely hope and potential, recognizing that the future of the industry depends on where they establish a solid revenue stream.

“The word I most often use when people ask me about the industry right now is ‘frothy.’ There’s a lot of things bubbling up; there’s lots of interesting stuff. But some of it is just bubble; it’s just hot air,” she said. “We have to have that period of experimentation to produce whatever the next thing is going to be. I think it’s a natural part of the ups and downs of the cycle.”

Nevertheless, there is something about the West that has always drawn in the innovators, the creative thinkers, those who push the limits of what’s possible. Perhaps that’s why the city boosters of 1910 pushed so hard for the air meet. They saw how the airplane was going to change the world and wanted to be the center of it.

“There was sort of a cowboy-like, can-do attitude in Southern California because it was where a lot of young people were moving. And I think that had an impact on the establishment of novel concepts in aviation and in space,” said Karagozian.

In a city of actors looking for their big break, of cowboys looking for gold, the members aerospace industry are some of the biggest optimists who always choose to see the glass half full.

“And I think you have to in this industry,” said Triezenberg. “It’s always been a risky industry, and if you didn’t have hope, you would never start. And if you never started, we would never have gotten anywhere.”

“But at the same time, there’s just literally millions of ways to fail.”