After the Second World War, the Soviet Union and the United States entered a period of heightened antagonism. From Churchill’s Iron Curtain Speech in 1946 to the first successful manned space flight in 1961, innovations in flight and rocketry where evolving at a breakneck speed as the two world powers struggled to stay ahead of the other. The moon was in reach but so were potentially hostile intercontinental ballistic missiles. It was a time of fear but also a time of great hope for humankind. As jet propulsion made plane travel commonplace, a new American obsession took hold — space travel.

1946 Howard Hughes begins work on guided air-to-air missile, the first of its kind.

1952 Former Nazi, Wernher Von Braun publishes popular articles on space travel. Despite his troubled past, he is regarded as the “Father of Rocket Science.”

1953 Space aliens attack Southern California in “War of the Worlds.” The film was inspired by H.G. Wells’ 1897 novel.

1954 Convair receives contract for Atlas missile. It is capable of transporting a nuclear warhead more than 6,000 miles.

1957 Vandenberg Air Force Base is created as a space launch center.

1958 The Douglas DC-8 jetliner, Boeing 707 and Lockheed Electra debut. Such planes usher in a new era of commercial airline travel.

1959 The first American astronauts are announced. They are dubbed the Mercury 7. 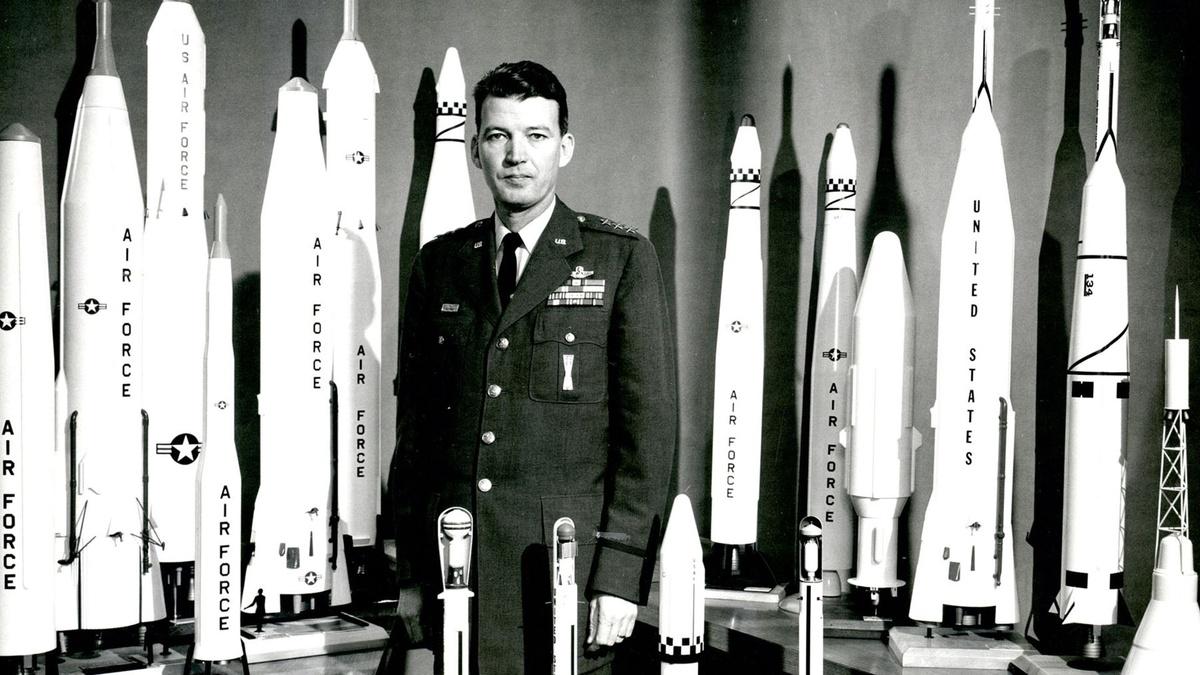