Southern California has played a major role throughout the history of aerospace in the United States and the world. Much of its early involvement was shrouded in secrecy in the name of national security. After all, Californians built the planes that won wars. They also built the planes that started wars. The region has hosted some of the biggest events in aviation and has been a hotbed of innovation in space travel since the industry’s birth. Its abundant blue skies hold aloft the American dream. We look back at some milestones from the advent of the airplane through the Second World War.

1910 Los Angeles Air Meet at Dominguez Field advertises $70,000 in prizes money and draws 250,000 spectators. The Los Angeles Times call is “one of the greatest public events in the history of the West.”

1916 Loughead* brothers set up an airplane firm in Santa Barbara. Using what is essentially a ten-seat flying boat, the brothers give passengers joyrides to nearby cities and islands.

1923 “Wings” wins first Academy Award for Best Picture. The film sets the bar for aviation films because of its realistic air combat sequences.

1929 The Women’s Air Derby has aviatrices racing from Santa Monica to Cleveland. This is the first event of its kind exclusively for women. Louise Thaden, rival to Amelia Earhart, wins the race.

1929 The stock market crash signals the starts of the Great Depression.

1941 Workers strike at North American Aviation. FDR threatens to seize the plant if production doesn’t continue because it is clear the U.S. will join WWII.

1946 RAND produces first report on “earth-circling spaceship.” Support for the project is low because the idea is deemed by some as “an unholy defiance of God’s will for mankind.” 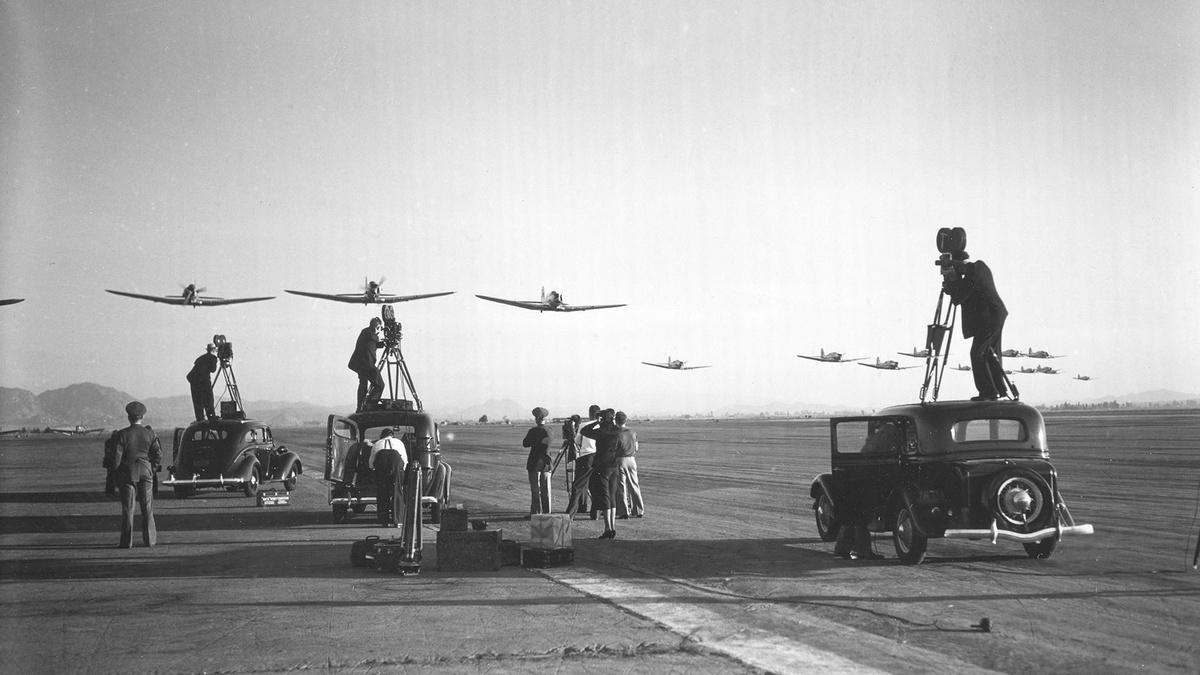