Over the past two decades, scholars, activists and the medical community alike have sounded the alarm that food access in America is an urgent issue of our time. The Food and Agricultural Organization of the United Nations frames food as a basic human right. This means that all people should be protected from hunger and have both physical and economic access to food at all times. This overlaps with the definition of food access, which is generally defined as having access to fresh, affordable, culturally appropriate, healthy food in a dignified way. Unfortunately, in the United States, we are far from actualizing this vision of food justice. Instead, we have studies in almost every state that show food access is stratified by race, class and census tract with low-income rural and urban communities and communities of color most likely to have low access to healthy, affordable food. Not only is this unjust, but access to food is an essential determinant of health. Having low access to healthy, affordable, nutritious and culturally appropriate food creates major barriers to healthy eating and contributes to long-term preventable health issues such as obesity, type-2 diabetes and heart disease. This is especially striking given that America is producing an abundance of food — so much so, that it is estimated that between 30% and 40% of our food goes to waste every day.

When most people think about food access, they associate it with the presence of or lack of full-service grocery stores. This is an important indicator of access to food. However, it only tells us part of the important story of what food access means in the United States.  Here are 5 things you should know. 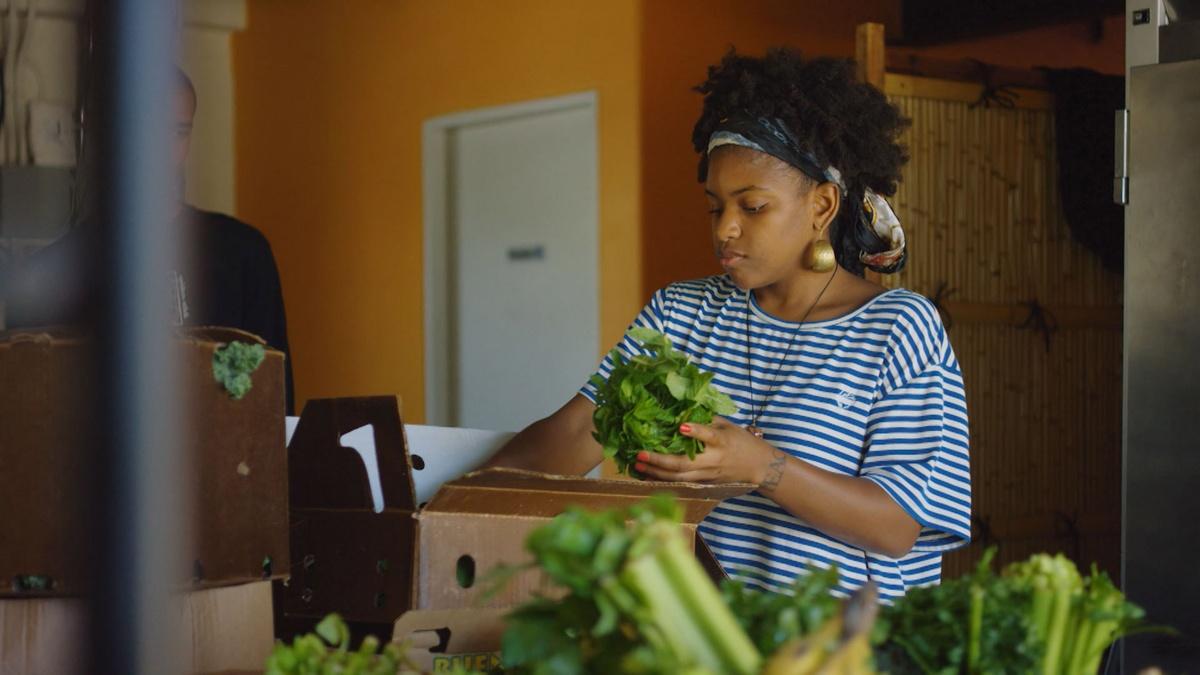 In a recent survey, the United States Department of Agriculture’s Economic Research Service (USDA ERS) and The Reinvestment Fund estimated that 25 to 30 million Americans — about 9% of the total population — live in communities that do not have adequate access to healthy food and full-service food retailers such as supermarkets or grocery stores. It is now well documented that in low-income urban and rural communities, convenience stores, liquor stores and fast food restaurants stand in for full-service grocery stores. While there has been an increase in recent years of convenience stores selling fresh produce, the national trend still points to stark disparities between the quality and kinds of foods for sale in high- and medium-income neighborhoods versus low-income neighborhoods. Convenience stores tend to stock pre-packaged, processed calorie-dense foods with low nutritional value. Additionally, during my research in Oakland, California, residents in one low-income underserved community told me that they regularly found items for sale way past their due date, produce rotting on the shelf or the items they had just bought had already spoiled.

We also know that socio-economic status and race are independently correlated with the number and density of supermarkets in a census tract. In a recent study, for example, Bower and her colleagues found that, regardless of racial composition, as neighborhood poverty increases, supermarket availability decreased and the number of small grocery and convenience stores increases. However, when controlling for socioeconomic status, predominantly African American census tracts have the fewest grocery stores while predominantly white census tracts have the most. Researchers also find that the racial composition of a neighborhood is a better predictor of where the highest density of fast food restaurants and the highest number of fast food restaurants advertisements are located. Researchers, therefore, conclude that poor urban predominantly African American neighborhoods face what they call a “double jeopardy” when it comes to food accessibility because they have the lowest concentration of supermarkets and highest concentration of convenience stores and fast food restaurants. Research further illustrates that hunger is racially stratified. Twelve percent of all U.S. households are food insecure. This percentage is doubled for black (22%) and Hispanic (18%) and Native American households.

When I tell people that I do research on food access, they immediately associate it with “food deserts.” The concept of the “food desert” has spread through popular consciousness as a meaningful placeholder for understanding disparities in food access at the neighborhood level. First used in 1995 by the Low-Income Project Team of the UK’s Nutritional Task Force, this term refers to any low-income neighborhood with few to no full-service grocery stores and inconsistent access to reliable transportation. It is a useful metaphor in that it helps us understand that people living in low-income communities have structural barriers to eating healthful diets as grocery stores tend to be located farther away than they are in high income, well-resourced communities. However, researchers and organizers who work on food access have moved away from the image of marginalized communities as deserts. Deserts suggest barren places that are lacking in resources. Except in extremely remote rural areas, food access is usually not a problem of the absence of food. More accurately, people living in low-income communities and communities of color often experience either a saturation of cheap, unhealthy foods close to home or levels of poverty that make procuring food difficult even when it is available.

Three terms have been suggested in place of “food desert”: “grocery gap,” “food swamp” and “food apartheid.” The concept of the “grocery gap” hones in on the specific problem of the lack of full-service grocery stores in certain communities. “Food swamp” refers to “an area with a high-density of establishments selling high-calorie fast food and junk food, relative to healthier food options.” Lastly, “food apartheid” is a term coined by activist and farmer Karen Washington to center the social inequality that is at the root of racial and class disparities in food access. The term apartheid is most commonly associated with the system of institutionalized racial segregation that existed in South Africa from 1948 until the early 1990s. The term itself means “separateness” and is used to refer to policies or systems of discrimination and segregation. Washington suggests that the term “food desert” “sugarcoats” or conceals what is actually going on in poor communities and communities of color. Instead, food apartheid reflects the social, economic and political forces that resulted in some urban neighborhoods having reduced food options. It also asks us to consider the structural forces of racism and classism that are operating within the food system to perpetuate these inequalities. In other words, food access disparities did not happen by accident.

It is also important to note that not all grocery stores are considered accessible and acceptable to all residents, even if they are available. Race and socioeconomic-status are social realities with economic consequences. This means that food stores and food items are infused with meanings that symbolize the preferences and tastes of different racial, ethnic and class groups. When grocery stores catering to upper- and middle-class consumers move in to fill the grocery gaps in low-income communities and communities of color, existing residents don’t always feel welcome or comfortable going inside. Instead, many see it as a sign of the displacement that has, is, or soon will occur as part of gentrification projects meant to attract outsiders into the community rather than feed those who are already there. This means that, even with a new Whole Foods next door, inner-city residents can still live under food apartheid, not only because foods at Whole Foods may be out of reach financially but also because it is a store that they perceive as belonging to white upper-middle-class Americans.

It costs more to be poor

Research has shown us that items for sale at convenience stores tend to be more expensive than the same items in grocery stores whether that’s bottles of hot sauce or apples. This is a phenomenon that Ronald Mendoza terms the “poverty penalty”, a term used to describe how the poor shoulder a higher cost than the non-poor for the same items and services. In other words, when it comes to food (as is true with a variety of other services), it cost more to be poor.

Issues of affordability, however, are not limited to census tract. Someone might live within walking distance to a grocery store and still not be able to eat a healthful diet because they cannot afford the food inside. Food affordability is a relative measure of food price as a proportion of available income. To understand the issue of food access as an affordability issue requires that we think about poverty and the links between economic inequality, racial inequality and cumulative cost-burdens of basic necessities.

As the term “food apartheid” highlights, inequalities in access to healthy, affordable, nutritionally-adequate foods and the health issues that they exacerbate did not happen by accident. Instead, these unequal food landscapes across America are descendants of and rise up through structural and interpersonal racism and classism that have left the poor and people of color simultaneously to fight for adequate housing, food, healthcare, schools and jobs, while at the same time steered to live in marginalized run-down neighborhoods. Food access, then, cannot be divorced from these other injustices that under-resourced communities face on a daily basis.

“The causes of nutritional deficiency among underserved communities go beyond the location of grocery stores. The abysmal wages, unemployment, skewed patterns of ownership and inner-city blight and the economic devastation that has been historically visited on these communities are the result of structural racism and class struggles lost. No amount of fresh produce will fix urban America’s food and health gap unless it is accompanied by changes in the structures of ownership and a reversal of the diminished political and economic power of low-income people of color.”

In 2017, the U.S. Census measured the national poverty rate as 12.3%. That is 39.7 million people. Poverty is also a racial justice issue. Black, Hispanic and Native Americans are living in poverty at 2 to 3 times the rate of whites and Asians. These groups are subject to a wage gap at every level of educational attainment. This means that they are paid less than white and Asian Americans for the same work whether they are paid by the hour or in salary. One of the ways that economists and demographers measure income insecurity is through the concept of the “cost-burden” of living or the point at which housing costs inhibit one’s ability to pay for other basic needs. Households are considered to be “cost-burdened” if they spend more than 30% of their income on housing and “severely cost-burdened” if they spend more than 50% of their income on housing. Black and Hispanic households are almost twice as likely as white households to be cost-burdened, and cost-burdened households are more likely to be food insecure. Compounding these racially stratified economic issues, the United States has high rates of residential segregation by race and class. Therefore, poverty increases one’s chances of living in low-food access neighborhoods, being food insecure as well as, having to make unfair trade-offs between basic needs such as housing, utilities, transportation, healthcare costs and food.

Food access, then, is a complex social, political and structural issue with determinantal health effects. In various cities across America, average life expectancies in certain communities are 20-30 years shorter than those mere miles away. While these health disparities are not just a result of food access, access to basic needs such as safe and affordable housing and healthy and affordable food play a huge role.