The all-American diet consisting of hot dogs, burgers and buns washed down with a sweet, cold beverage has taken a toll on the environment and on our health. Since diet, nutrition and the overall health of the planet are inextricably linked, experts are calling for a “transformative change in our food systems.”

It’s time to start asking hard questions about how our crops and livestock are produced and how we can feed our expanding population in a sustainable way. The answers to these complex questions are key to feeding an estimated 10 billion people by the year 2050. The United Nations anticipates food production will need to increase by 70% percent by the mid-century. 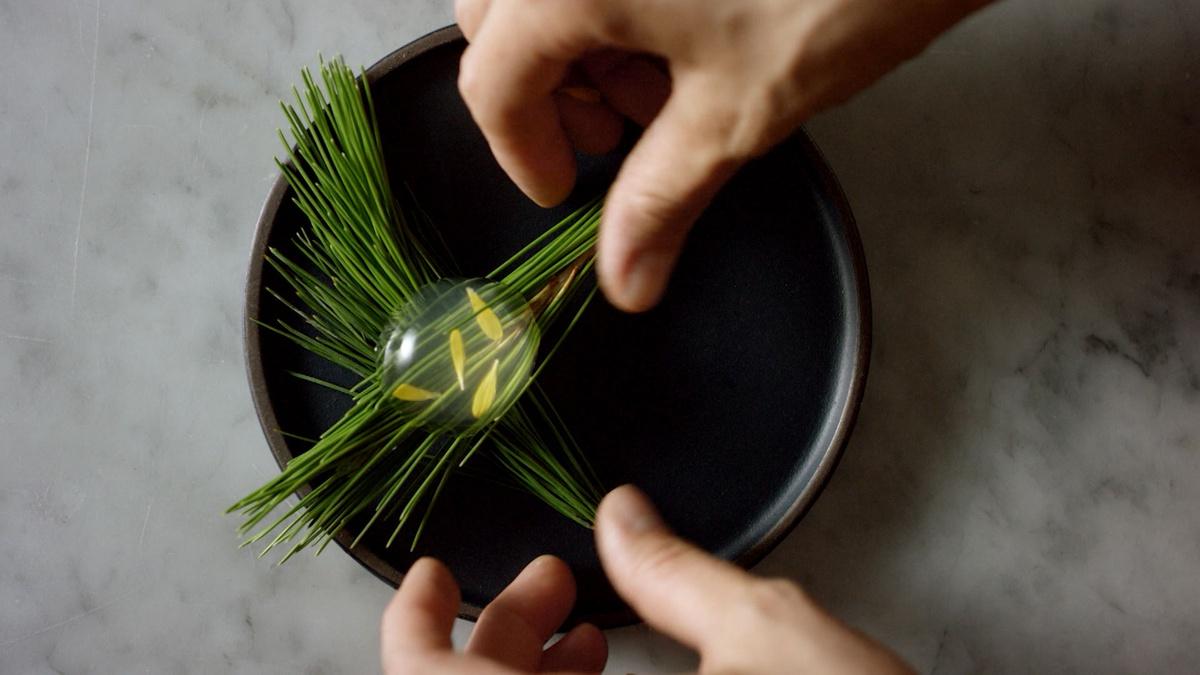 Can we feed more people without wrecking the planet? The short answer is yes. Hundreds, if not thousands of agronomists and policy experts from around the world seem to agree that farmers need to take into account changing weather patterns attributed to climate change before they plant crops or raise livestock. The future of farming and food security depends on it. Consumers also need to learn more about the implications of their diets and how they can adapt their culinary preferences to a world increasingly affected by climate change.

Below, we explore the relationship between our food systems and the environment, along with sustainable solutions for food producers and consumers in the face of climate change.

At your next cookout think about alternatives to grilling meat.

Research shows that cows raised for beef and milk production are the primary drivers of greenhouse gas emissions for livestock, dwarfing that of chicken and pork. The high demand for meat and dairy products also means carbon emissions from this sector are expected to rise as the population increases. As absurd as it may sound, feedstock — crops grown to fatten cattle — and the methane emissions of gassy cows who eat those crops are the two main sources of greenhouse gasses in this sector, accounting for 45% and 30% respectively.

Given the data on beef, it seems unwise to continue down this path. One possible solution to reducing greenhouse gas emissions is faux beef. Plant-based meat that looks like red meat and tastes like meat without the environmental problems associated with beef production hold considerable promise. While not a panacea to curbing carbon emissions, numerous studies show that crops require far less resources than livestock to produce the same amount of food.

How stark is the contrast between beef and crop production? According to an article published in the scientific journal Proceedings of the National Academy of Science, replacing livestock with crops could produce a two- to twenty-fold increase in the amount of food produced per acre of farmland. The swap is enough to feed an additional 350 million people.

The preservation of a genetic legacy can be as simple as eating a wide range of fruits and vegetables for posterity’s sake or eating locally sourced meat or dairy products.

Recent studies show what food experts have suspected all along: diets around the world are becoming standardized. Farmers are dedicating much of their land to a handful of lucrative crops. Wheat is a major food staple worldwide; rice is a close second with soybeans placing a distant third. In contrast, regional crops like cassava, millet and sweet potatoes are losing ground to more global fare.

However, an overreliance on a handful of high-yield crops has left farmers with a dwindling number of crop varieties to choose from. Estimates indicate about 70% of historic grains, fruits and vegetables no longer exist.

The downside to the loss of genetic diversity is the increased risk of crop losses due to blight and climate shocks. The loss of a single staple crop like wheat would have devastating consequences. For example, wheat is susceptible to a fungus known as wheat stem rust that has decimated crops in East Africa and the Middle East, raising the specter of famine in those countries. If the fungus were to reach the U.S., it would cost wheat producers an estimated $1.7 billion – $11 billion in lost revenues. Not to mention, a wheat shortage would result in a spike in prices for grocery store items like beer and bread.

One way to break this cycle is to promote local agriculture with crops adapted to local conditions. According to this seasonal produce guide, 400 crops and nearly half the fruits and vegetables grown in the U.S. come from California. A good starting point to supporting crop diversity is to seek out seasonal fruits and vegetables and to learn how to prepare as many of them as possible.

According to the U.N. Food and Agriculture Organization (FAO), the situation is much the same for livestock, with 17% of the world’s farm breeds at risk of extinction, while the risk status of many others is unknown, due to a lack of data. Genetic diversity helps livestock populations adapt to changing environments and overcome future challenges, including climate change and emerging diseases.

An example of an endangered livestock breed is Pantaneiro cattle, which are resistant to parasite-induced diseases and have survived the challenges of Brazil’s Panatal wetlands since they were introduced by the Portuguese 400 years ago. The breed’s largest threat is intermixing with commercial breeds. Indigenous people from the region are collaborating with scientists on a project to preserve the tradition of making cheese with Pantaneiro cow milk. With a goal of protecting the dwindling breed, its environment and the regular income it creates for locals, the cheese project is helping scientists identify the cattle’s valuable genetic resources while promoting conservation through selective breeding.

Audit your food cart the next time you shop for groceries. Ask yourself, what purpose does this ingredient serve and why do I need it?

Metanalysis shows there’s enough land under cultivation to feed the world’s population 1.5 times over. Despite the abundance, hunger persists. This is not due to scarcity but a lack of access and affordability. Case in point, roughly 40 million people, or one in eight households across the U.S., suffer from food insecurity, meaning they skip meals or go hungry due to a lack of funds.

The low hanging fruit to minimizing this problem is reducing food waste. An estimated 30-40% of the food grown each year is tossed away, with an estimated market value of $1 trillion. The losses represent wasted hours, lost revenues to farmers, reduced water supplies and the degradation of habitats converted to farmland. In the U.S., unsold produce rots in fields and uneaten food enters landfills, where it produces methane and constitutes the single largest component of municipal waste.

With the right incentives, eliminating food waste could alleviate the spectre of food insecurity for the planet’s 7.6 billion inhabitants. But if ending hunger doesn’t motivate us to change the food system, then perhaps self-preservation will. Afterall, a food system based on waste isn’t sustainable, unless waste is treated as a resource.

Under current farming practices, meeting the anticipated demand for food would require converting a landmass roughly the size of India into farmland. Yet, reports show that heedless conversion of undeveloped land has already had a negative effect on biodiversity and the environment worldwide. Critics contend bringing more land into agricultural production would doom many species deemed too troublesome to co-exist with humans and hasten the decline of pollinators due to habitat loss.

These daunting statistics vex academics and activists concerned about the future of food and the fate of farmers and ranchers who have an important role in reversing these statistics. In order to do that, however, they need guidelines on how to reduce their water and energy needs.

Growing a handful of crops harvested by large machines, all but ensures that soil is degraded, requiring constant inputs from synthetic chemicals to maintain yields. All of which has a profound effect on the environment and the climate. According to the U.S. Department of Agriculture, farming and forestry account for 9.4% of carbon emissions.

One of the likely routes to minimizing these impacts are sustainable farming practices and methods developed by organic farmers over the course of decades. According to the UC Davis Agricultural Sustainability Institute website, the goal of sustainable farming is to meet the society’s needs for food, fuel and textiles without compromising the needs future generations.

Farmers in the sustainability camp, administer antibiotics to livestock only when necessary, eliminate fertilizers and pesticides in favor of natural alternatives like compost, don’t treat insects like pests, and take into consideration the environmental services that nature provides.

Unlike conventional farming, where maximizing yield is the primary objective, organic farmers take into account societal and environmental factors as well. In a nutshell, they take a triple bottom line approach to farming: what’s good for their land, the community at-large, and their environment.

Although these farmers are few in number, their ideas have gained traction in recent years. A series of calamities attributed to industrialized farming, including the collapse of farm commodity prices in the ’80s, repeated algae blooms in the Gulf of Mexico and poor air quality in the Central Valley of California, have served as a wakeup call to many farmers, according to Nicole Tautges, a soil cropping scientist at UC Davis.

Since sustainable farmers can’t control the weather or improve air quality conditions by themselves, much of their focus is on land stewardship. “There’s a renewed interest in soil health, which seems to be popping up everywhere,”
Tautges says.

Among progressive farmers and ranchers in California, regenerative agriculture is the latest sustainability practice to gain converts. The buzzy term refers to improving soil health by biological processes that limit the amount of synthetic chemicals applied to crops and adopting techniques designed to promote plant growth and restore the landscape.

In California, a three-year pilot project on the benefits of regenerative agriculture determined that one application of compost to grasslands enabled the soil to hold one ton of additional carbon, boosted plant growth 40%-70% percent and each hectare of soil retained up to 6,868 gallons of water. And that these benefits were slow to diminish over time.

Results like these are hard to ignore and may persuade more farmers to apply these methods to their land. Tautges believes there’s strong interest in pursuing alternatives among conventional farmers in California. Rather than treat farming as a zero-sum game with winners and losers, a better scenario is to find the synergies between conventional farming and sustainable farming practices and to build upon them.

For example, Tautges investigates how to counter the harsh effects of growing tomatoes on topsoil by rotating the fossil fuel-intensive crop with alfalfa. They won’t give up a valuable cash crop like tomatoes for an alternative crop of lesser value, but if you can create healthy soil, boost the yield and generate an income from alfalfa that’s a “win-win-win” for farmers, she says.

In short, we should ask hard questions of ourselves and of others on how to meet the challenges of a rapidly changing environment. Global warming will throw a monkey wrench into agricultural production, worldwide. Yields are expected to decline as temperatures rise, despite the best efforts of farmers.

Advancements in technology led to the rapid industrialization of farming in the 20th century. The coming decades will be about adaptation, incorporating old with new farm technologies and pursuing alternatives to optimize the planet’s health.