Four years ago, Mar Diego launched Dough Girl as a way to bring quality food to low-income areas. Today, the Lake Balboa pizza joint has become much more than that. In addition to baking creative pies like the In-N-Out-inspired Animal Style and lobster bisque-smothered Mobster pizzas, Dough Girl is lending a hand to local youth dealing with issues like homelessness and addiction.

Diego says it’s a way to “pay it forward.” In “Broken Bread,” she shares her personal story with Roy Choi. In her own youth, Diego sold drugs and, ultimately, was incarcerated. While in prison, she worked in the kitchen. After her release, Diego went to culinary school. All that leads to Dough Girl. 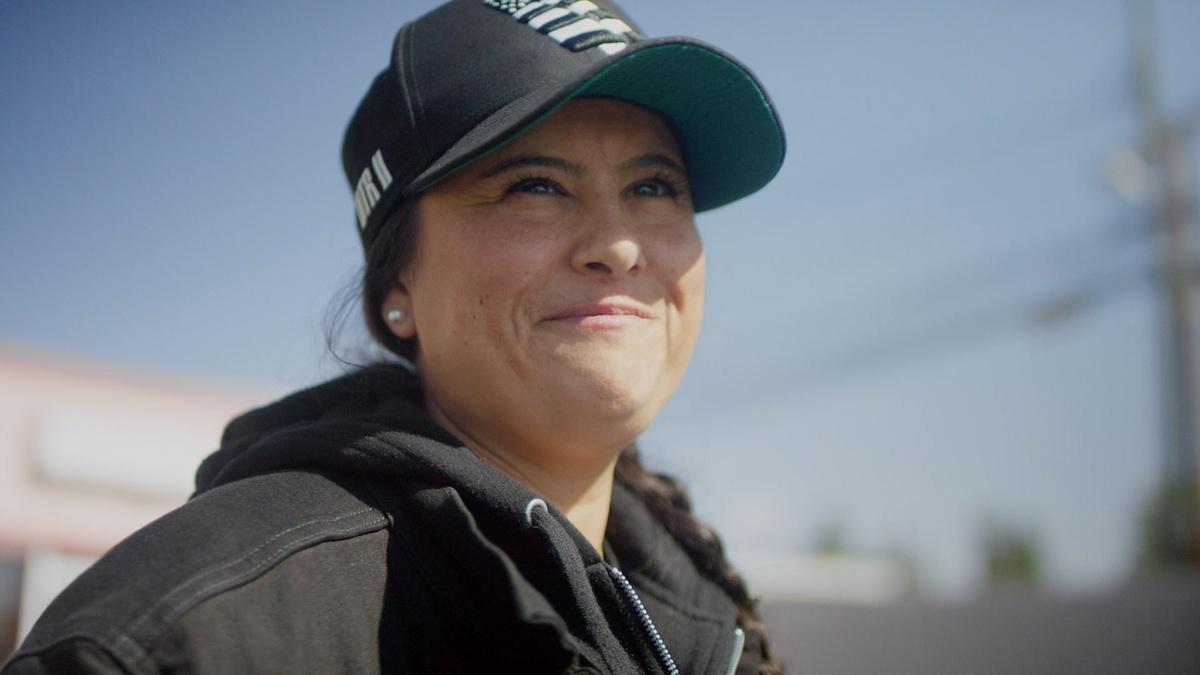 Explore the power of cooking to rehabilitate those on the margins of society and the organizations taking a chance on those who need it most with Roy Choi on “Broken Bread” S1 E1: Transformation. Watch now.

When kids come to Dough Girl, Diego gets them started with the basics, like cleaning and making pizza boxes. More importantly, she’ll listen to them. “They know we’re not going to judge you,” says Diego. “We know that you sleep on the floor of some garage parking lot at night and you wake up and you try to figure it out, but there’s really not a way to figure it out because no one will give you the time of day.”

Eventually, she’ll teach them how to make pizza and the kids can eat the results. “It’s kind of like a bonding time for us,” she says. “I want to make sure that they feel that vibe, where it’s your work and you earned it and now you get to sit and enjoy it and you have someone that cares about you.”

Now that Dough Girl has been around for four years, Diego has seen some of her staff grow from teenagers to young adults. She mentions one staffer who came on board at 17 and now, at 22, is helping those looking for a space at Dough Girl. “Now, what I see is that he takes the lead and he does what I do,” she says. “He takes pride in it.”

Dough Girl is preparing to open a second location in Pacoima, the neighborhood where Diego was raised. They’ll have a trained staff to start, Diego says, but the goal is to work with Pacoima youth as well.